Before joining Swim Academy for Babies Eleanor had a career in Pharmaceutical Sales and lead a team looking after disabled young adults in Care. Eleanor always hoped to have a job she could be passionate about, but finding one that came with an opportunity to grow a business that would also work around her husband’s career in the Royal Navy and be flexible with her as she raises her two children seemed a far off dream.

Eleanor moved to Cornwall in 2013 with her son Rohan who was only 12 weeks old at the time. They booked into the Swim Academy for Babies classes in Mullion and within weeks of swimming together she fell in love with the whole experience and realised that this was what she actually wanted to do.  She wanted to live every mother’s dream and have a satisfying and rewarding job that would completely work around her family.

Just one year later and the exciting news broke that Swim Academy for Babies were looking for new Tutors and were organising a course in Cornwall. Despite having another baby on the way, Eleanor grabbed the opportunity with both hands and in January 2014 and at 34 weeks pregnant (Eleanor lets nothing stand in her way!) she completed her STA Baby and Pre-School Qualification, lifesaving qualification and the Swim Academy for Babies training.

Eleanor’s daughter Bonnie arrived in a home water birth in March 2014 and is currently the youngest member of the Swim Academy for Babies team! Bonnie was the perfect ‘guinea pig’ for Eleanor to put into practice all that she had learned and she went to all the swimming classes whilst Eleanor was Teaching Assistant to Fiona Myers, Licensee and Portreath Area Manager.

In September 2014 Eleanor took over the classes at Mullion and disaster struck – the hotel we had been running classes at for over a decade no longer wanted babies in the pool and quite suddenly withdrew the hire of the pool. Not to be defeated, Eleanor ran a public campaign and secured a new venue nearby which has proven extremely successful. From everything negative always comes positive, this experience was the perfect opportunity to prove that Eleanor had the passion, motivation and courage to take the lead and open the first classes outside Cornwall.

In September 2015 Eleanor relocated to Somerset to be nearer her family and marking the start of a new era for Swim Academy for Babies. Both her children astound the lifeguards at the local pool with their confidence and ability, and naturally, with so much exposure to the water from such a young age, little Bonnie has become a true mermaid and is the ‘cover girl’ for Swim Academy for Babies, Somerset!

“Based on my in-depth research and talking to many other parents all over Somerset, I have been surprised that there do not seem to be many affordable, high quality classes available.  I just love this incredible opportunity to share the wonder and magic of early swimming with fellow parents and their babies.”  Eleanor Jones.

If you have not heard back from us within 24 hours, or you are having trouble with the contact form or with registration please click on the blue button or contact us via Facebook messenger.

We are proud to support and promote ‘Brave’ for faster and safer web browsing. Click on the image for more information. 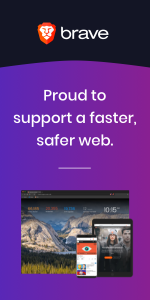 Need help? Send us a message!